Make Your Waste Work for You!

By Kevin Loria of Sterilite Corporation

It seems that even though everyone knows the benefits to composting, so many people still find excuses to put it off. It’s too big of a project; I don’t want a big ugly container in my yard; the winters are too cold to keep it going, whatever it may be we’ve all thought it at some point. In reality it can be much easier than that. You really don’t have to be a farmer or have a green thumb to be a good composter. You really just need some food scraps and some worms. This method, called vermicomposting, is awesome for people who want to compost but may be confined in an apartment, or just don’t want to deal with the hassle of traditional composting. It is guaranteed to be hassle and eyesore free.

The basics of composting are pretty simple. You put food scraps in a container with dirt, and with some luck and some time it decomposes making nutrient rich soil. However, vermicomposting is fairly less common. It’s a lot like regular composting but it uses a plastic storage bin and worms. Using the storage bin makes it great for people in apartments or people who want to make it a project with their kid. You can leave the container in your garage, storage room, or wherever is most convenient for you. Now you don’t have any more excuses! Here’s what you’re going to need:

Now here’s what you have to do:

First, you have to drill holes in the tote. You will need holes in the top for air, and in the bottom for drainage. Use about a ¼” drill bit for the holes. Make about 15-20 evenly spaced holes. Then make two rows of holes along the upper boarder of the tote, placed about every inch. Repeat this step for the 2nd tote. Drill 15-20 more on ONLY ONE of the lids, like on the bottom. It is important to keep the second lid hole-free; we will come back to it later. Be sure to drill carefully to avoid warping the bin at all. 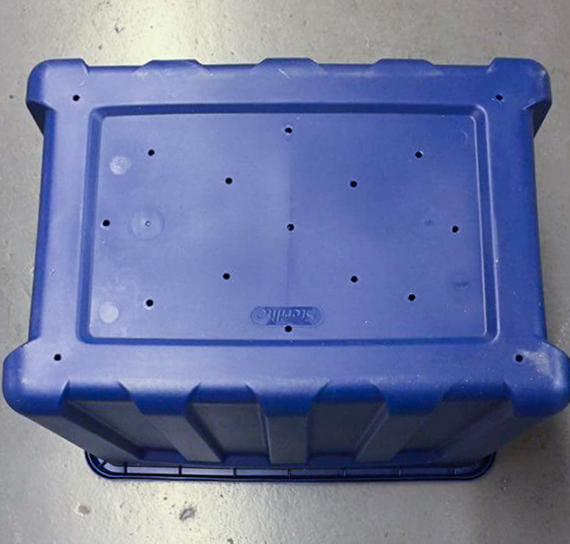 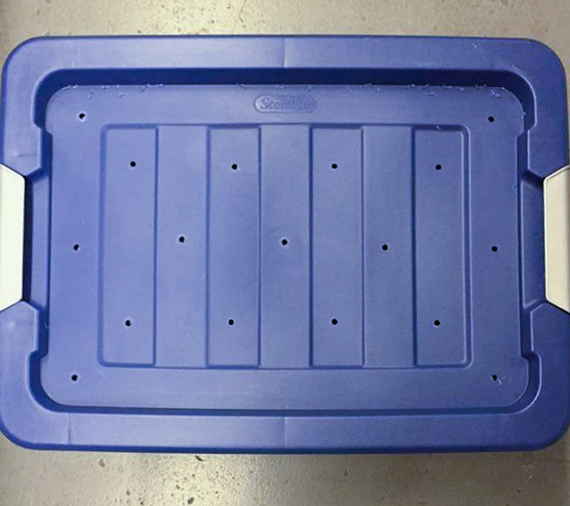 Next you are going to want to line the bottom of the first bin with strips of newspaper and /or paper bags. (I used a combination of both.) Cut the strips approximately 1” wide. As you put them down spray/sprinkle water on them, so they are damp but not soggy, and fluff them so it is not too compact. A good rule of thumb is to keep the compost about as damp as a wrung out sponge. Continue this so the paper is about 4” high. Then sprinkle a couple handfuls of dirt on top. 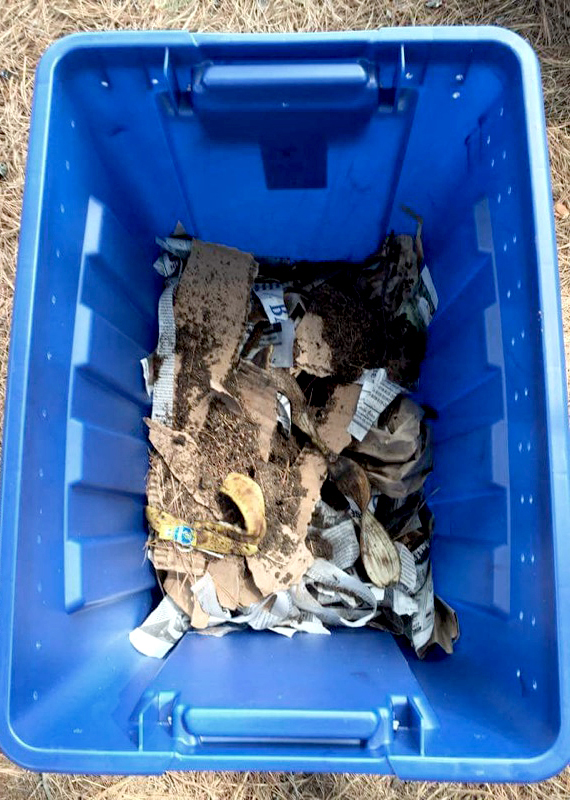 Once this is complete, add your worms and cover the bin. Now take the lid that doesn’t have holes in it and place it wherever you want to keep your compost bin. It will be used to collect any liquid that drains from the bin. (This “compost tea” makes an incredible fertilizer.) Then place some bricks, rocks, or whatever you can use to elevate the bin to allow for aeration of the soil on top of the lid and place the bin on top. Finally your composting is ready to begin! Feed your worms slowly at first, then as the number of worms multiplies, add more and more. Make sure to bury food when placing it in the compost to avoid attracting flies. Stir every other week or so to make sure the compost stays oxygenated and well mixed. Try to maintain the same moisture level as the beginning. If it gets too wet, the compost will start to grow mold, and if it is too dry the worms will start to die. 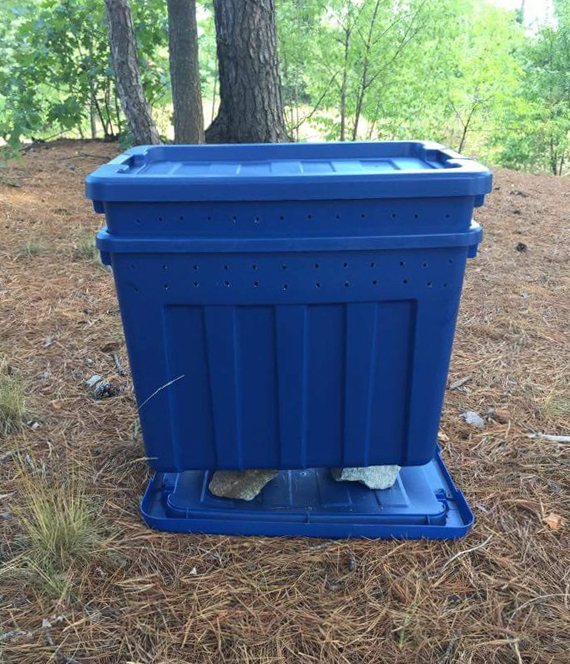 Once the bin is filled with good compost and there are no recognizable scraps left, you can use the 2nd bin. Repeat the first steps of creating bedding like with the first bin, in the 2nd (empty) bin. Bury some food scraps in it, and place it directly on top of the compost in the first bin. Over the next few weeks the worms will migrate into the bin on top looking for food. After a week or so this will be complete and you can use the compost on your garden and begin the next cycle!